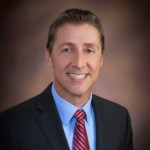 It was an honor and a privilege to introduce retired Colonel Scott DeThomas, former Senior Wing Commander and CEO of MacDill Air Force Base, as our Special Guest Speaker at our Oct. 31st LinkedIN Job Search Workshop for transitioning troops and their families on MacDill.

After retiring only two months ago from his 32 year career in the U.S. Air Force (23 of those years as a pilot), Scott DeThomas graciously shared some very personal stories of his own transition experience while the troops and community guests in attendance listened attentively.

Many of the active duty personnel will be following in his footsteps within months, and some within a few short weeks.

Scott freely admitted to his audience that when he retired he was not at all clear about what he “wanted to do when (he) grew up”, and had found it quite helpful to hire a career coach and complete a career aptitude test.  When “Banking” turned up on the Top 3 List of suggested careers, he was actually a bit surprised until he remembered that he had always been quite interested in financial investing.

Scott credits his natural ability to network, his Masters Certificate in Lean Six Sigma, and a bit of sheer “luck”, as significant aides on his path to success in the civilian world.  Just two short months after leaving the service, he became the Sr. VP of Products & Member Sales for GTE Financial, one of Florida’s largest credit unions.

A 501(c)(3) nonprofit organization, Project Transition USA has been teaching free LinkedIN Job Search Workshops on MacDill Air Force Base (Tampa, FL) and other locations since Nov. 2012 at the request of retired senior military officers who were in dire need of support. They are the first and ONLY 501(c)(3) organization focused on teaching LinkedIN on military bases.

In addition to their workshops, they also provide personal introductions to corporate military hiring managers and military-friendly civilians through their popular “Project Transition USA” group on LinkedIN:  www.linkedin.com/groups/Project-Transition-USA-4842096/about

Many workshop attendees and group participants have already been offered top-level positions throughout the U.S., and all of this has been accomplished with little to no operating budget.

Project Transition USA’s goal is to expand these workshops to every U.S. military base nationwide as soon as possible. The need is urgent and the timing is critical. Visit their website to learn what transitioning military troops and community leaders are saying about this project:  www.projecttransitionusa.com/testimonials/